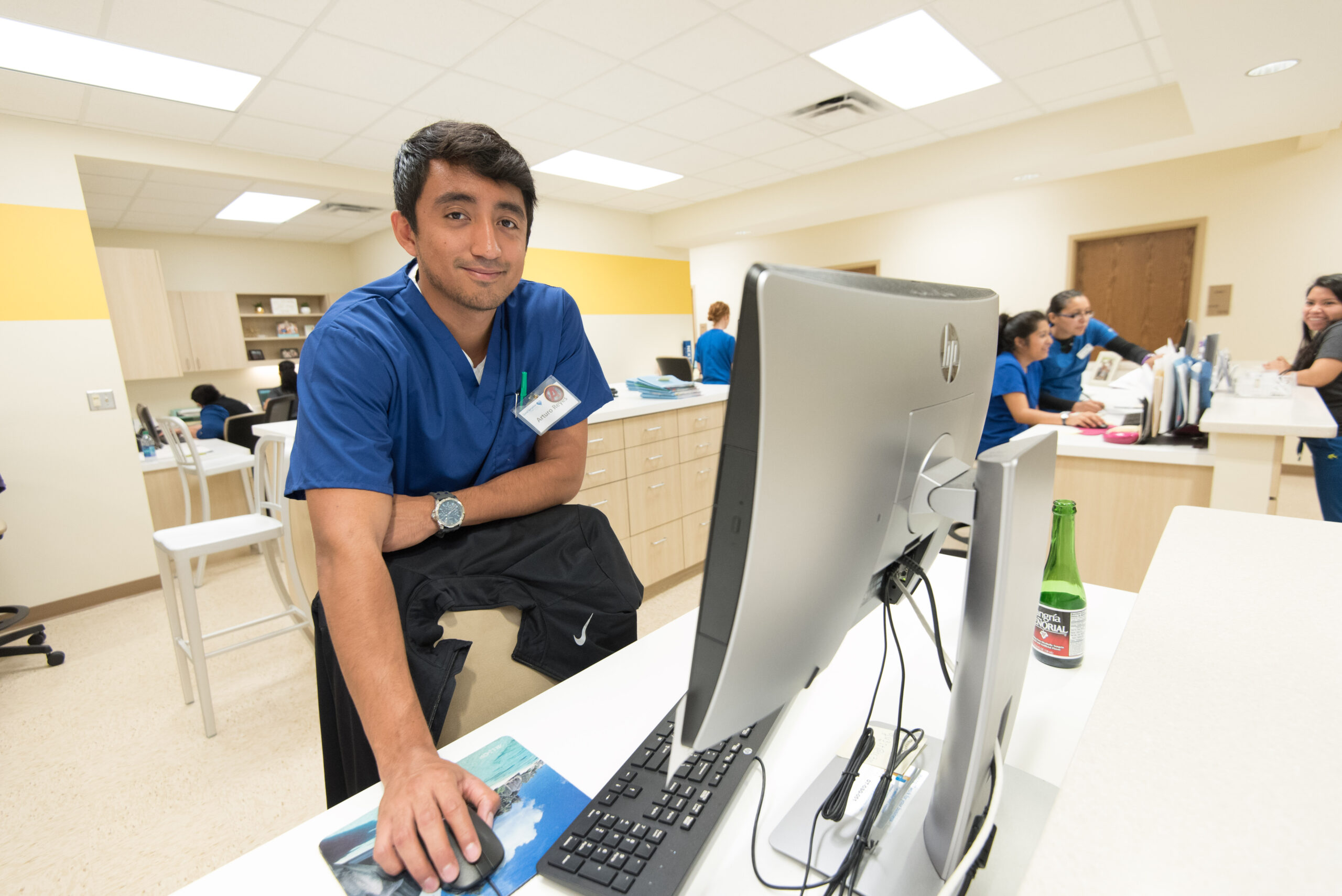 Growing up, Arturo Reyes loved playing soccer. He would watch soccer players on TV and think to himself, “I want to be like them one day.”

He became a talented soccer player, and during high school, he was on track to receive a full-ride scholarship to college. However, just as he was on the cusp of achieving his lifelong dream, all of it came crashing down.

Unfortunately, the recruiters told him, Reyes was not able to receive the full-ride scholarship they had previously discussed. Why? Reyes was undocumented.

As a child, Reyes did not understand what “undocumented” meant, and he wasn’t even aware of it. But in high school, he began to realize how much impact this status could have on his life.

As he watched his soccer teammates go off to college with their own scholarships, Reyes began to fall into a depression, wondering if God had any plans for his life.

One night, his grandmother suffered a heart attack. When Reyes’ family took her to the hospital, doctors asked Reyes if he could interpret for his grandmother, who was from Mexico, since no one spoke Spanish in the operating room. This experience changed his life and gave him courage to pursue a medical degree so he could help patients like his grandmother.

“It switched up my mindset,” Reyes recalled. “I started going to community college.” 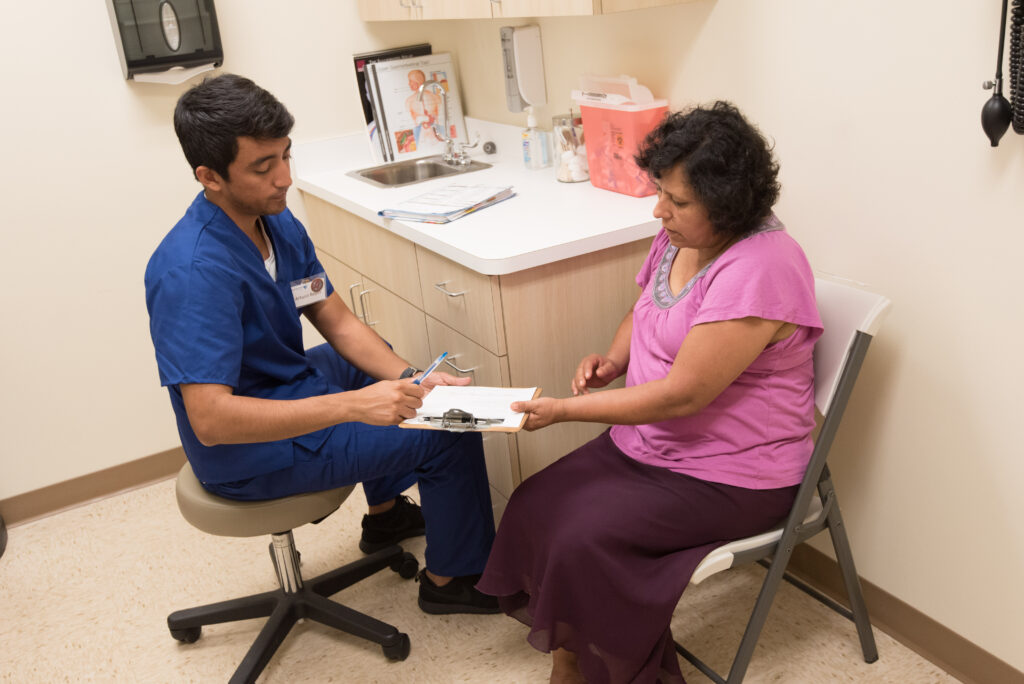 Aurturo Reyes interacts with a patient at Good Sam Gwinnett.

With newfound determination, Reyes began taking two classes per semester, which he could barely afford paying out-of-state tuition. He worked part-time, and his parents pitched in to help. While dodging bouts of depression and discouragement from watching his peers move faster through their courses than he was, Reyes completed his degree in four years and obtained a license. He was the first in his family to graduate college.

In 2012, Reyes received DACA status under President Barack Obama, and in 2017, he became a permanent resident. 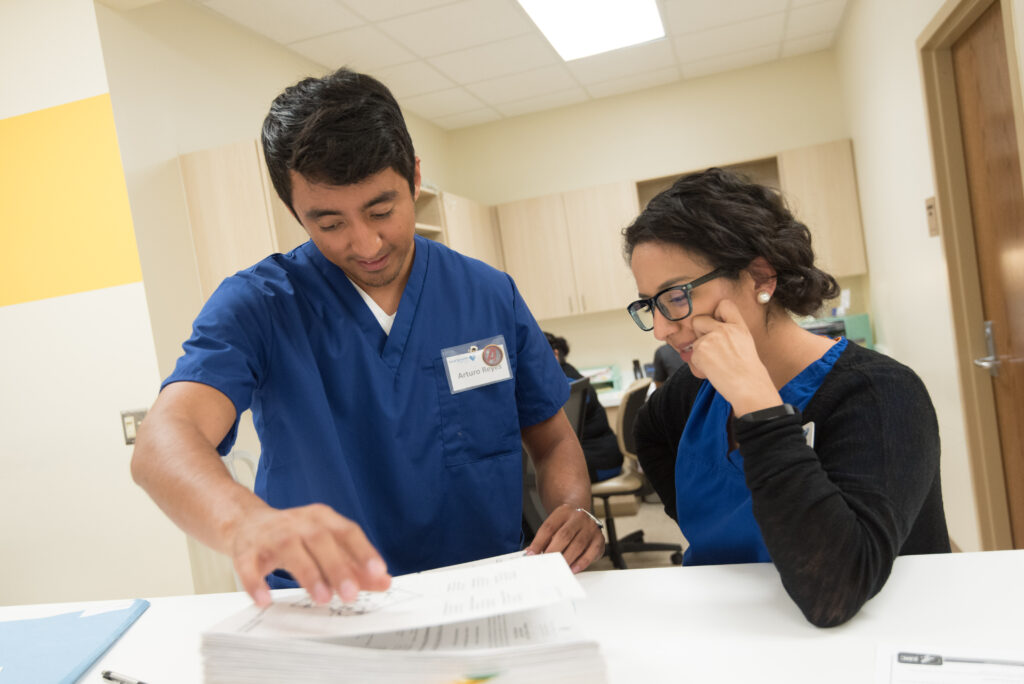 Reyes began volunteering at Good Samaritan Health Centers of Gwinnett (Good Sam Gwinnett) in 2016 as part of an internship course.

“I came into here with little to no patient care experience,” he explained.

His time at Good Sam Gwinnett helped him grow both spiritually and professionally. Other staff members took time to mentor him and help him grow in his faith.

“I learned so much,” he continued. “I was only supposed to come in two days a week for two shifts for four hours. I came in five days a week during my internship, and that’s how much I loved it.”

“God’s timing is always perfect,” Reyes said. It may have taken him a while to realize this, but now he knows that God has a plan for his life, which is better than he could have ever imagined.

“I’m just always gonna be super thankful to Good Sam Gwinnett for everything they’ve done for me,” he said, “lessons that they’ve taught me, everything that I’ve learned here.”

The pollen is here! Read our helpful guide on 3 th

Earn a $50 gift card when you make an appointment

Our Bible verse for this week is Proverbs 3:3-4. J

This week, we reconnected with Rochella, a family

Reading a letter from one of our patients. “Rach

You must make an appointment for the COVD-19 vacci

"Whatever you do, in word or in deed, do all in th